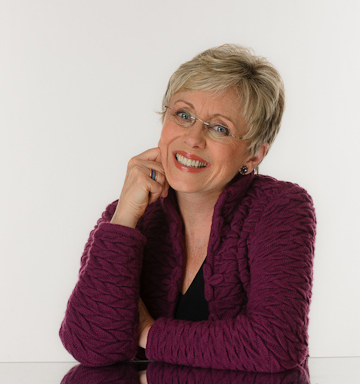 Lynn Johnston was born in Collingwood, Ontario Canada, and grew up in British Columbia. Her father was a jeweller, her mother a calligrapher and bookkeeper.

Lynn attended the Vancouver School of Art—hoping to make a career as an artist. Her main interest was animation. After two years of Art College, she took a job in an animation studio in Vancouver, where she worked in the ink and paint department, and began to apprentice as an animator.

Shortly after getting married, Lynn moved to Ontario in 1969, and got a job as a medical illustrator at McMaster University.

In 1972, Lynn discovered that she was expecting her first child, Aaron, and left McMaster to work from home. Her obstetrician challenged her to do some drawings for the ceilings above his examining tables. These were published in a book called “David, We’re Pregnant!,” which sold over 300,000 copies.

Shortly after the publication of her first book, she was divorced and worked as a commercial artist—free-lancing from a greenhouse she had turned into a studio.

In 1975, “Hi Mom! Hi Dad!” was published, a sequel to “David, We’re Pregnant!” By this time she was remarried. She continued to freelance until her daughter, Kate, was born. “Do They Ever Grow Up?” was the third publication in her first sequence of books about parenting. Not long after this book was published, the Johnston family relocated to Lynn Lake, Manitoba.

For Better or For Worse

In 1978, Universal Press Syndicate saw the three parenting books, and asked if Lynn was interested in doing a daily comic strip. She signed a twenty-year contract, and the work on For Better or For Worse began.

This family-based comic strip has been syndicated since 1979, and was named Best Syndicated Comic Strip in 1992. At its peak, For Better or For Worse appeared in more than 2,000 newspapers in 23 countries, and was translated into 8 languages for a devoted readership of more than 220 million. Lynn Johnston was the first woman to receive a Reuben Award for Cartoonist of the Year by the National Cartoonists Society in 1986. She has been nominated for a Pulitzer Prize, has received the Order of Canada, and claims a star on Canada’s Walk of Fame.

After living in Manitoba and Ontario for many years, Lynn now calls North Vancouver, BC home once again.